The B-Side is authored by a range of Arena staff and artists, showcasing the diversity that has been an Arena hallmark since its founding in 1950. We occasionally publish guest posts, and welcome inquiries from theater professionals who’d like to write for us. Find out more about the writers behind the B-Side. 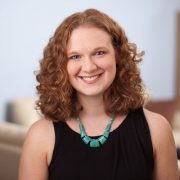 Juliana is a life-long arts and culture vulture from the D.C. area. Working at Arena has been a homecoming of sorts for her. She began her theatrical career as a high school playwright in the Arena Stage Young Playwrights competition in 2002. In the ensuing decades, she has graduated from NYU’s Tisch School of the Arts with a BFA in Dramatic Writing, married an actor she met while assistant directing at the Capital Fringe Festival, and worked at Forum Theatre and Ford’s Theatre before coming back to Arena. She loves expanding the world of the theater by sharing it with others across digital and social media. 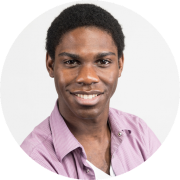 Jordan hails from Fort Washington, MD, and is on the road to self-actualization. With a degree in Theatre & Media Performance from Stevenson University, Jordan took the initiative to learn social media and marketing of his own accord. He is looking to Arena Stage to teach him the nuances of marketing and communications, make connections, and to bolster his wits and skill. Jordan moonlights as a competitive gamer, an actor, and a style-icon. 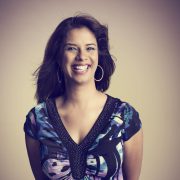 Serving as Editorial Director for The B-Side, Shonali hails from the “City of Joy,” aka Kolkata, India, and has lived in the U.S. since 2000 (the DMV has been “home” since 2003). A former actress with a penchant for numbers (her degrees are in Economics, Theater and Business Analytics), she loves telling stories that make people tick. Shonali is an avid home chef, voracious reader, diehard dancer (East Coast Swing), and unabashed Cracker Barrel devotee. She is owned by Pickles the Corgi who pays her rent in lickies and snuggles.

Elizabeth is a native Texan who began a nomadic lifestyle after marrying a Navy sailor. A lifelong writer and voracious reader, she particularly enjoys stories of unseen heroes. She is also a mixed media artist, graphic designer, and former high school English teacher. Those skills led to her current position leading a talented team of content creators. Beyond her profession, she is a mother of three, lover of football, and an outdoorsman. 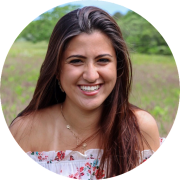 Zoë is a director and producer from Boston, MA, who now finds herself based in New York City and D.C. She recently graduated from NYU Gallatin with a B.A. in Directing and Dramatizing History, with a focus on the relationship between narrative and the process of production. Zoë is most driven by opportunities to develop an engaging and equitable process of theater creation for all involved – from the very first stages of a project to how it will ultimately live each night in performance. When she is not dreaming up a new show, Zoë loves knitting, skiing, and playing guitar. Zoë is thrilled to join Arena Stage as their 2022/23 Artistic Fellow and is so excited to learn from their incredible team. 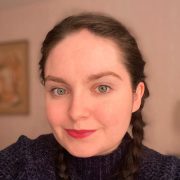 Clare grew up in DC, performing and watching theater since she knew how to speak. Fun Fact: Clare played a small role in Arena Stage’s Damn Yankees in 2005.  A graduate from Emerson college, Clare studied Theatre Management and Political Science. While these studies may seem disparate they combine a want to communicate with people and tell untold stories. Born in London, Clare is a lover of travel, drinking tea, and most of all — dogs. 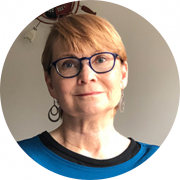 Anita is the director of community engagement and senior artistic advisor at Arena Stage, where she leads the theater’s education and outreach programs and serves on the artistic team. Now in her 19th season at Arena Stage, Anita has been involved in an artistic capacity on 45 Arena Stage productions. Anita trained and taught at the American Conservatory Theater in San Francisco, was on the faculty at Webster University in St. Louis, headed the theater department at the University of Alaska Southeast, and was the associate artistic director of Perseverance Theater in Juneau, Alaska, where she directed 21 mainstage productions. She has coached dialects for the Kennedy Center, the Washington National Opera, Oregon Shakespeare Festival, Portland Center Stage, and the Broadway revival of Ragtime. Anita has traveled with Arena Stage’s devised theater program, Voices of Now, to India, Croatia, Bosnia, and Herzegovina to collaborate with communities in devising original plays addressing social justice issues. 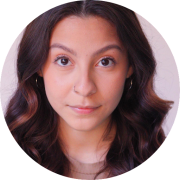 Bianca is a first generation Mexican-American artist from San Antonio, Texas, now based in the DMV area. She is a recent graduate from George Mason University where she received her B.F.A. in Theatre with a concentration in Performance for the Stage and Screen. She loves binge watching Gilmore Girls, One Tree Hill, and Friends during her free time as well as playing with her cat, Toothless. Bianca is very excited to be working with such a talented and passionate team and can’t wait to get started!